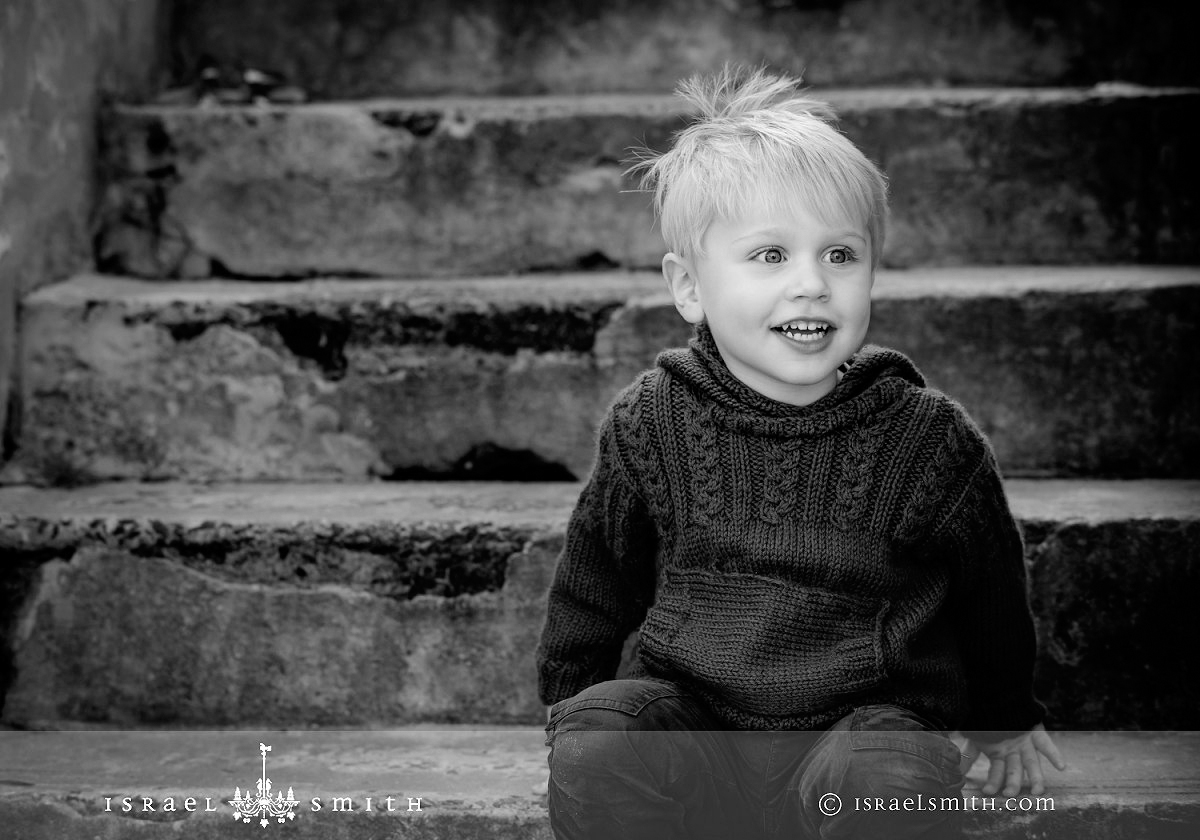 Beach Portraits and a Little Chaos 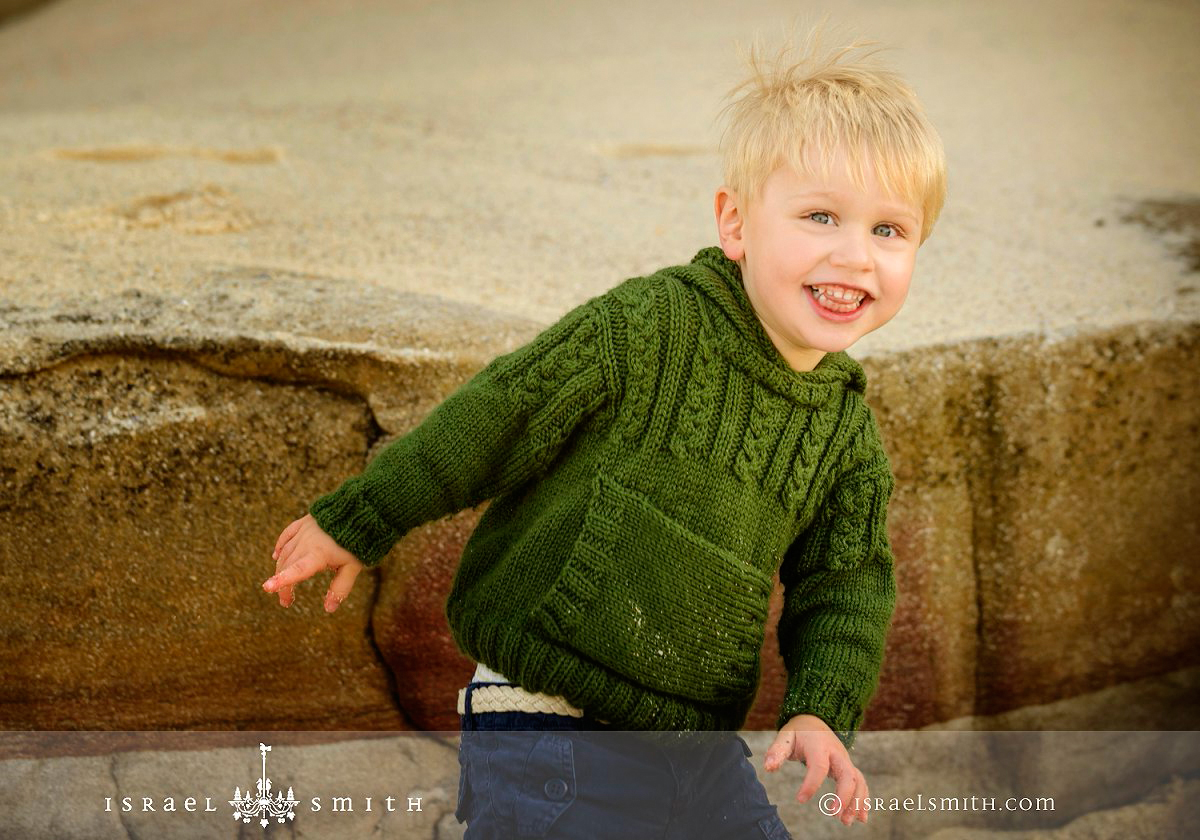 A few months back I wrote this post about a dear friend of mine, and her bumpy road to family portraits. My friend MJ, who was the subject of that post, has a cousin whose best friend’s Mum read that post, and then bought a family portrait gift certificate for her son and daughter-in-law for Mother’s Day. (I swear that connection is true!)

Thus, in a very roundabout fashion, we met Amanda and her family, and booked in their beach portraits at Bronte Beach.

On the day of the shoot, Amanda’s son Harrison was absolutely energised, and full of beans. I had my work utterly cut out for me, as he jumped, bounced, ran and giggled all over Bronte. Harrison was determined to a) not sit still for longer than about half a nanosecond, and b) get into as much mischief as possible.

His poor mum Amanda was so stressed, she even commented at one point: “I feel like I’m going to cry! I just don’t know why he’s behaving like this!” 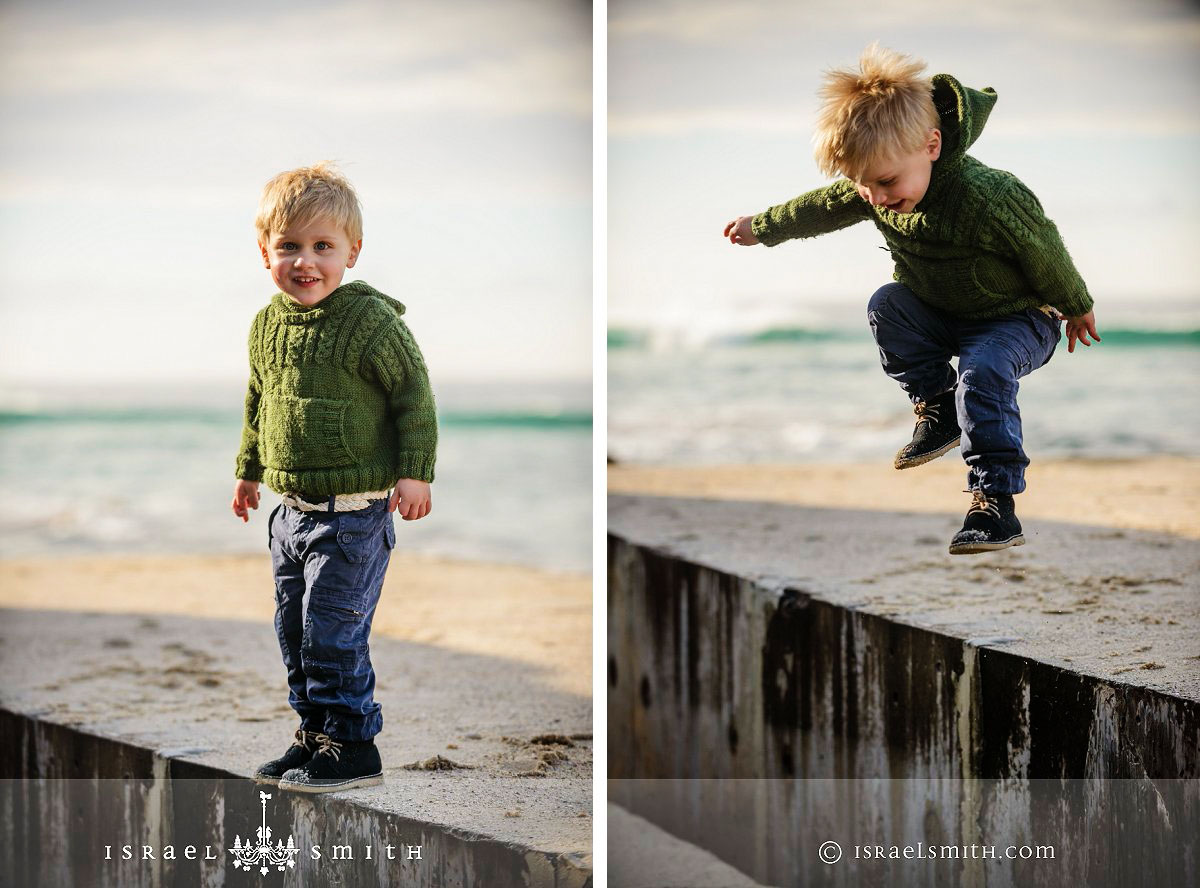 Fortunately, I knew the best thing to do was let Harrison burn off some excess energy. I set him running races, jumping challenges, and had as much fun with him as I possibly could. In between the games I set him, and me jumping and running around just as energetically, I managed to grab some frames of Harrison being the cheeky, cute, energetic boy he is.

By the tail-end of the shoot, we migrated off the beach and towards the playground area at Bronte. Harrison was a little more chilled out here, and gave me the chance to get a great family portrait, along with a couple of more contemplative moments from him. 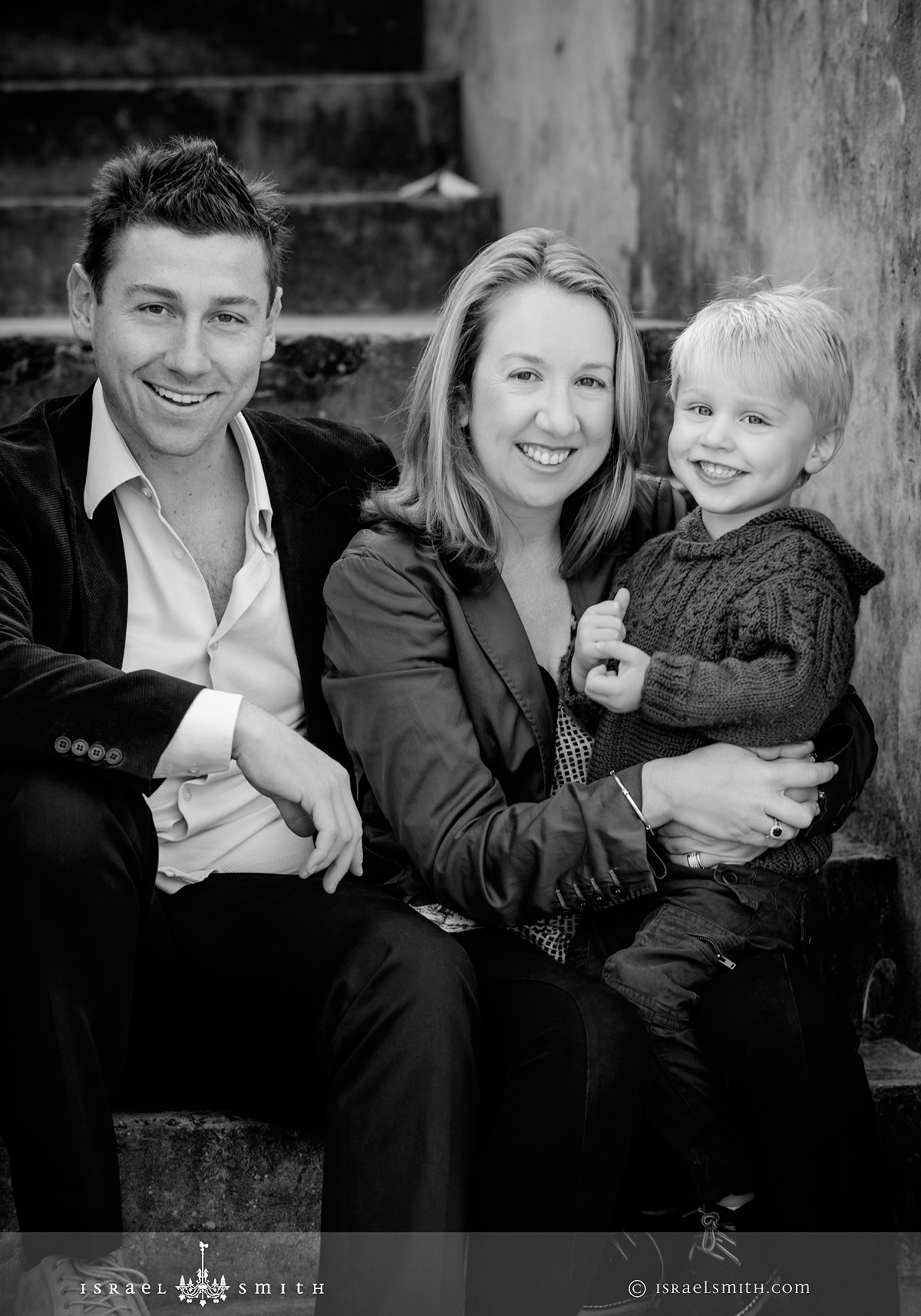 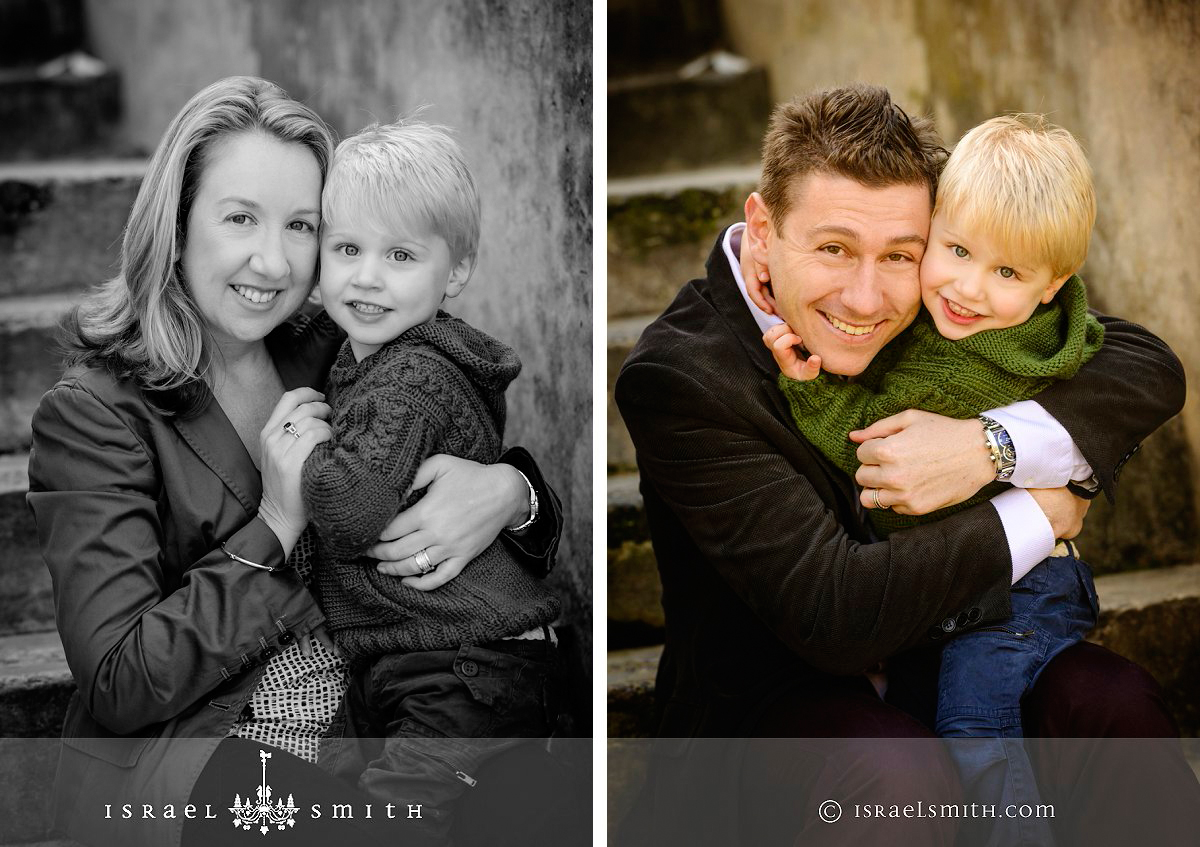 I wrapped up the shoot, knowing that I had everything I needed. Still, I spent about 10 minutes talking to Amanda about how often this happens (ie energetic kids run all over the place), and how kids are kids!

In all honesty, I love this part of my work. Kids express themselves exactly how they want to, and give me plenty of challenges to create my art. There’s nothing quite like being creative in the context of speedy moving targets, and managing parental emotions and stress levels. I’ve said it before, but show me a family, and I’ll show you chaos!

A week or so later, I met with Amanda and Matt for their viewing and purchasing appointment. Amanda got teary after about the second photo came up in the slideshow, and was amazed that I had captured everything I had, given how chaotic the shoot was. Later that night, I received this text message from Amanda:

“We are really delighted with your work. You are very talented, and we are thankful to have found you! Sincere appreciation and smiles, The Pells xxxx”

Matt loved this next image – especially the look on Amanda’s face. Between the two of us married men, we had a great laugh about the fact that Matt, in this moment, could have gotten away with anything and Amanda would’ve been fine. “I could say anything!!” Matt remarked. I agree, one hundred per cent ;) 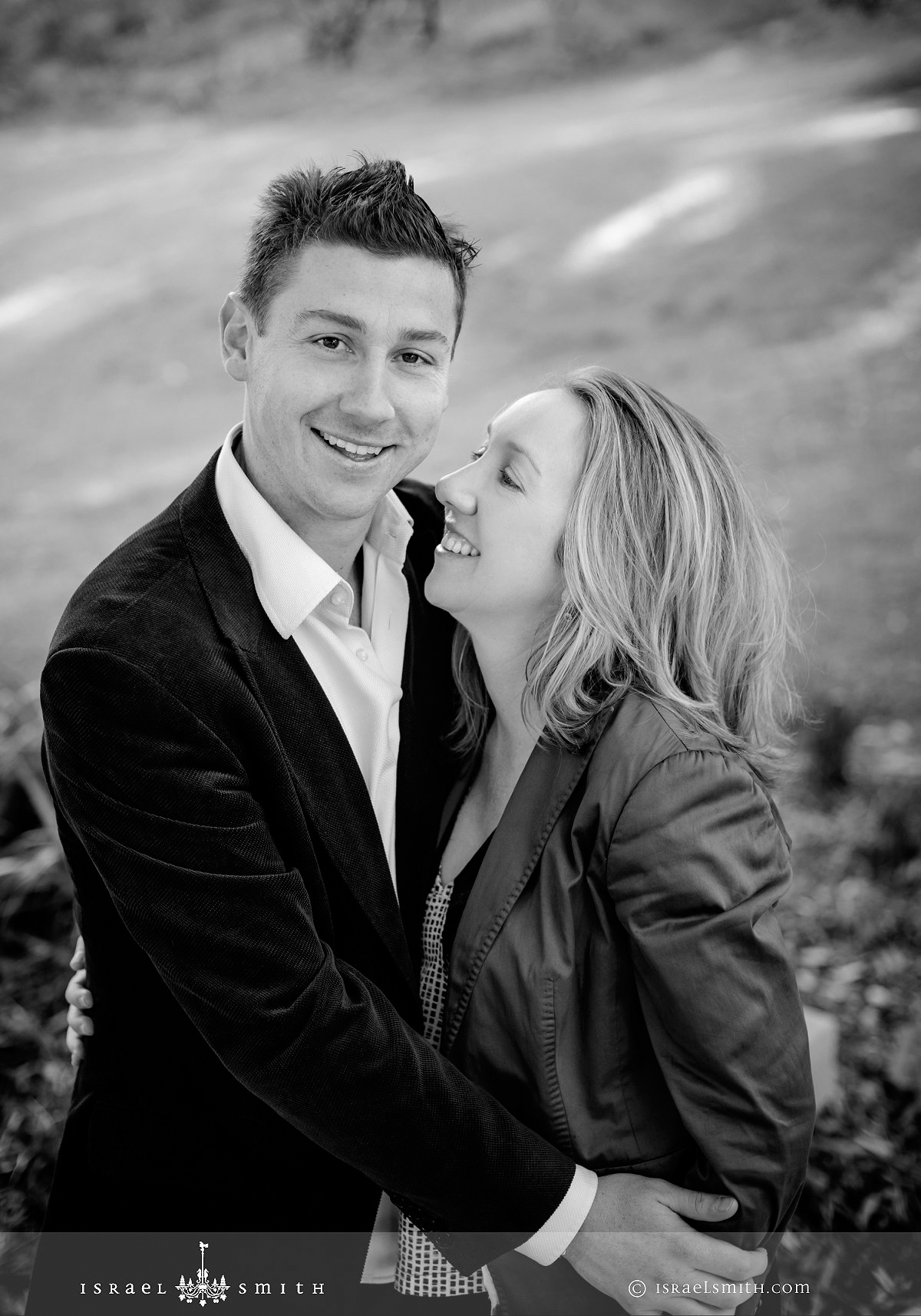