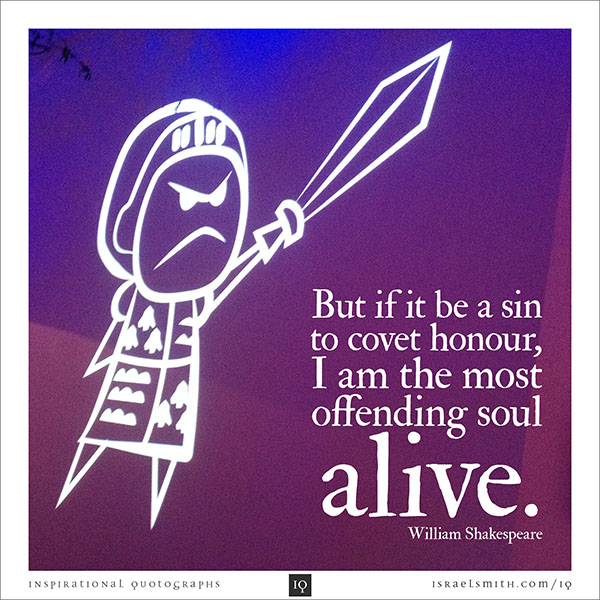 “But if it be a sin to covet honour,I am the most offending soul alive.”
– William Shakespeare, Henry V

The character above is the logo of the Misfits. I love this little character – he has come to mean so much to me. A brand, yes. But also, a tribe; a movement; a philosophy.

It’s funny how many threads tied together for me in Fargo last weekend.

Take Shakespeare and the Misfits, for example.

One of Chief Misfit AJ Leon’s earliest inspirations was Shakespeare’s Henry V play – a play AJ performed in high school. Then he and Melissa started a Shakespeare Theatre Company. Then Misfit Inc – through AJ and Melissa – became a valuable partner and trusted advisor to the Shakespeare Birthplace Trust.

So let’s now bring into focus the nature of Henry V’s character. In the play, Henry V was outnumbered and outgunned, and had to fight with every last fibre of his being to survive and lead his men to victory at Agincourt. He gives many famous speeches in the play, but one that AJ continually references in his work is Henry V’s final reply to the herald, wherein he essentially says “Go f*ck yourself. I’ll die before I surrender.”

Which is a beautiful paraphrase of the Misfit Modus Operandi.

No surprise, then, that the little character shown above, sword drawn, heels dug in, in a posture of utter defiance of the status quo, is called Henry. And has come to represent everything Misfit stands for.

Today’s quote is a far more aspirational quote taken from the same play. No less powerful, just focussed in a different direction.