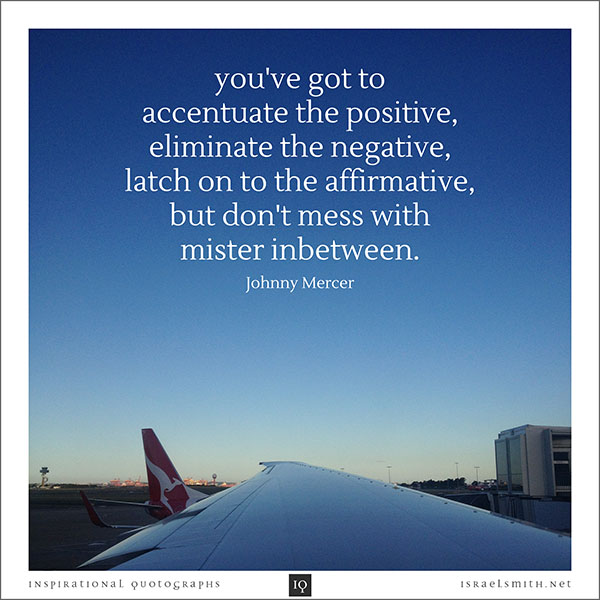 Another shot of a plane?

My flight yesterday was delayed by three hours before we could even board due to incredible fog in Sydney yesterday. Then, after boarding, we taxied to the runway and, during some last-minute system checks, the pilot discovered some kind of mechanical fault in the number two engine. So we taxied back to the gate, where maintenance crews worked on it for almost three hours. Finally, despite having fixed the fault, all the flight attendants and crew were beyond their legal overtime limit – or they would be if the flight continued to LA so late.

So we de-planed, returned through customs, and I went back home for the night.

In the past I would have found this HUGELY frustrating and disappointing, given how early I got up, how much sleep I lost the night before, and how much I had been looking forward to getting to Fargo early. In the past, my reaction would have been to get angry and take it out on some poor airline staff members – none of whom could do anything about it – and while I would’ve felt so righteous and justified because I was put out, I would have left a very bad taste in everyone’s mouth along the way.

This time around, I smiled broadly at EVERY single staff member I came across – doing my best to laugh, joke, and lighten their burden of dealing with irate passengers.

Why? Why the massive shift in my reaction?

Well, for starters, it wasn’t a reaction – it was a choice. I chose not to react, and let the lizard brain take over handling this perceived “threat”. Instead, I made a choice to be a nice, friendly person, and find the fun in the situation. Or bring some fun. (After all, I’m a fun kinda guy!)

Secondly, perhaps the fact that I was off on a creative holiday put me in a fabulous mood already – but I was also thinking of the world differently; seeing things through a new, more compassionate lens. I think it also had something to do with watching this video a few days ago.

Thirdly, I realised something very important. It wasn’t about me. The flight crew had already been delayed by six or seven hours at this point, from their original scheduled takeoff at 10am, and everyone deserves fair and reasonable working conditions. But even further, each of them had their own families and lives waiting for them back in LA, and they were all desperate to get back there too! By getting angry at them, not only would I insult their service ethic and make everyone uncomfortable, but I would de-value their own circumstances to put mine first.

Is that right? Is that a nice way to behave? I thought to myself.

So I chose to be happy, and handle everything graciously.

And I started to think about all the positives that came from this experience:

That’s only 6 quick ones… I’m sure I could come up with another sixty if I truly worked at it – but that’s kinda the point.

Being positive takes work. It takes effort, and it takes dedication, and it takes a conscious choice instead of relying on the “fight or flight” lizard brain to do the thinking for us.

And hence, today’s IQ. Although it’s taken me nearly 800 words to get there, it’s quite a simple concept, really.

Accentuate the positive. Eliminate the negative. Don’t sit on the fence.

What positives can you draw from your own personal life experiences? Has something happened to you recently that challenged your ability to stay positive? How did you react? Or, what successes have you had in choosing to be positive in your own life recently?

I’d love to hear from you – email me or leave a comment below.

As always, I appreciate you being here!